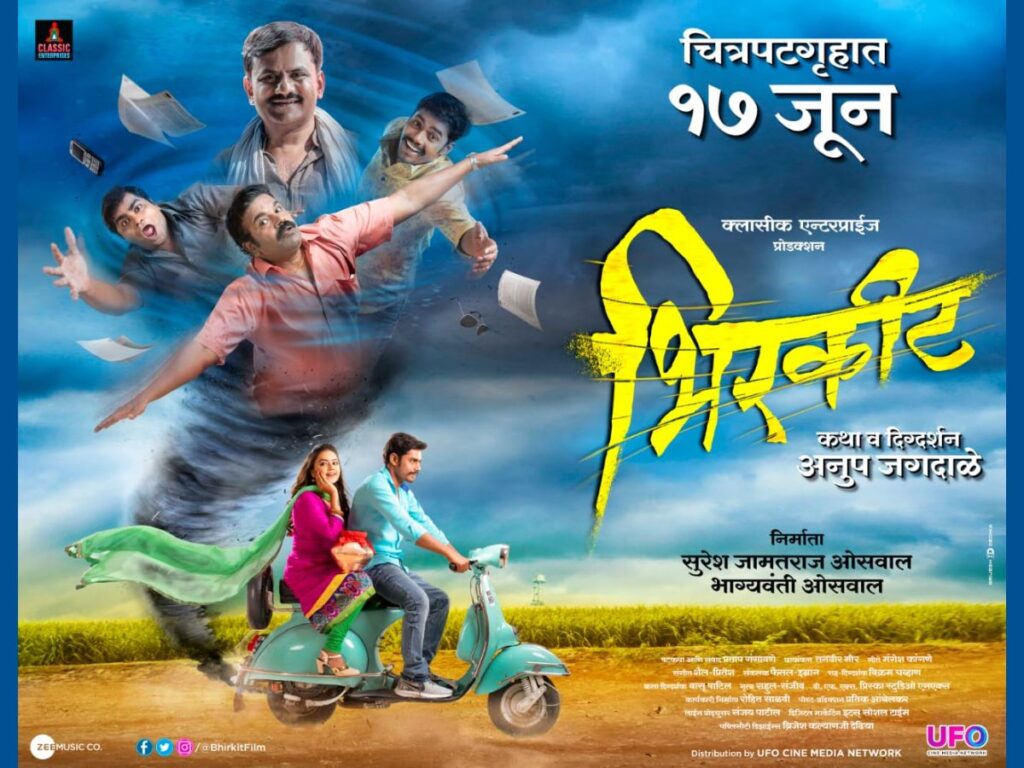 Mumbai (Maharashtra) [India], June 9: Are you a movie connoisseur who loves watching various genres of cinema? Then dark comedies will undoubtedly feature in your list of must-watch movies! There have been only a handful of cult black comedies like Jaane Bhi Do Yaaro in Hindi or the recent Jhatka: Atta Survat Gondhalachi in Marathi. It is being speculated that Anup Jagdale’s Bhirkit is another such black comedy which has joined this bandwagon and promises to make the family audience bewildered with amazement and become tongue-tied with various shades of emotions.

The versatile and intense actor Girish Kulkarni plays Tatya’s role in this film, and he is an integral part of every family in the village. His fans will now have another reason to celebrate. They will be thoroughly entertained by their favourite star in Bhirkit, which is anticipated to turn a new leaf in the glorious Marathi film industry. There are several other seasoned actors like Hrishikesh Joshi, Kushal Badrike, and Sagar Karande who also play pivotal roles. There is even a romantic angle between Tanaji Galgunde of Sairat fame and Monalisa Bagal, who has been cast again by Anup Jagdale after Zhalla Bobhata.

Director Anup Jagdale is upbeat and geared up regarding his forthcoming movie Bhirkit and expressed, “We have shot in real locations of Mahabaleshwar and Wai. We all were in perpetual splits shooting the above pathos happening. “The Director even spoke about the title Bhirkit and further added, “In rural Maharashtra, piercing implants called Bhirkit make racing bullocks go blazing. Similarly, in life, we all have a Bhirkit which keeps us galloping ahead, and those who stop get sliced through and through.”

Girish Kulkarni poured his heart out as he spoke highly about the legends of Marathi cinema who have mesmerized us over the years. Girish expressed,” Marathi actors like Sriram Lagoo, Ashok Saraf and  Mohan Agashe have always been respected for their craft and acting prowess. What further adds to our profile is our theatrical background. The current cross over tickle might become a tide in times to come.” Girish plays the central character in the narrative and says, “I have never played such a unique character; it was fun essaying the all-knowing  village elder Tatya.”

Monalisa is the female protagonist as she essays the role of village girl Reshma. She was elated to be a part of this ensemble star cast and brimming with confidence and excitement. Monalisa expressed,” It was like a dream come true working with this cast and crew. I was intrigued by the concept and have never heard of this kind of movie ever made in the history of Marathi cinema.”
Bhirkit will release at a theatre near you on June 17, 2022; Suresh Oswal and Bhagyavanti Oswal produced it, and it was Directed by Anup Jagdale. It is slated to release on more than 400 screens across Maharashtra.