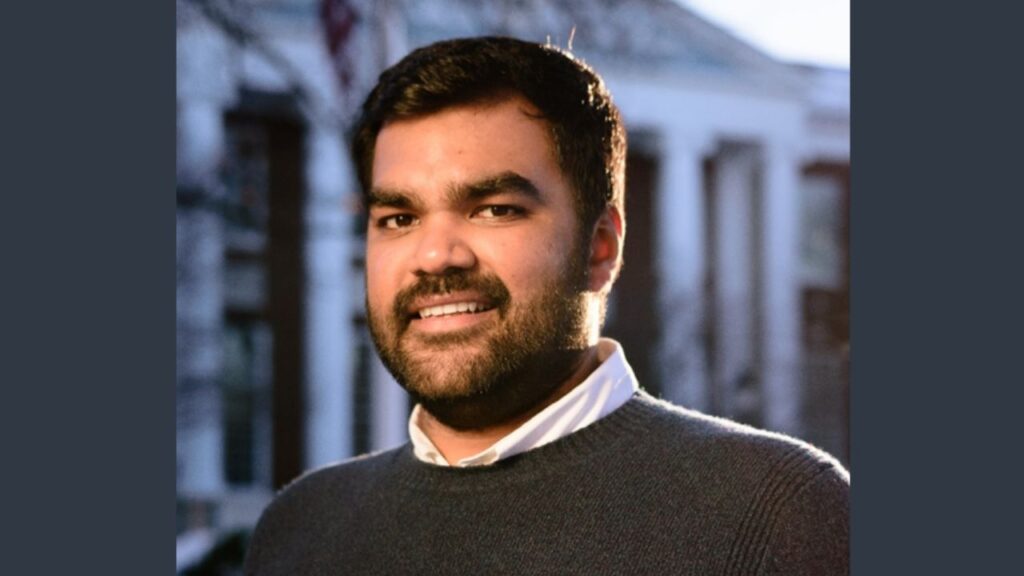 August 17: In pursuing one’s career, there is no better guide than following one’s inner calling. This maxim has been followed by Hrithik Bansal, a talented professional motivated by the need to make a positive difference in the world. Hrithik grew up in Kolkata and graduated from Northwestern University, USA. His formative experiences as an undergraduate in the United States led him to pursue a career at the intersection of business strategy and social good. He also holds a master’s degree from Oxford University and an MBA from Harvard Business School. He has made a positive difference in his short but impactful career and won numerous awards. He is the recipient of the Hilton Prize Coalition Fellowship and the Overseas Development Institute Fellowship to serve in the South African Treasury.

He has used his expertise in business strategy to work with various organizations that positively contribute to the world. As a Harvard Business School Leadership fellow, he worked with BRAC, one of the largest NGOs in the world. As a BRAC member, he fostered the development of enterprises that benefited some of the world’s most underprivileged. His work at the Overseas Development Institute also included advising the South African Ministry of Finance on Economic and Business Policy. Hrithik also served on the first Indian Chamber of Commerce Delegation in the United States that met with the State Department, Commerce Department, World Bank, and US-India Business Council to encourage trade between India and the United States.

Currently, he works as Head of Business Operations and Strategy at Ellipsis Health, San Francisco, a company that uses artificial intelligence to detect anxiety and depression by listening to a person’s voice. The progress in data science, machine learning and artificial intelligence now makes it possible to use these technologies effectively to detect mental health issues by simply listening to a person talk. The conditions of anxiety and depression are different but often interrelated. The WHO estimates close to 300 million people suffering from depression worldwide today. Poor countries face the brunt of these health conditions without adequate resources to treat such illnesses. Depression and anxiety are the most common illnesses people suffer from globally. Ellipsis Health’s artificial intelligence technology has the potential to transform mental health detection and treatment by simply listening to a person’s voice.

Regarding his current role at Ellipsis Health, Hrithik says, “Mental Illness is a silent epidemic that has gripped the world. The COVID-19 pandemic has exacerbated an already dire situation. To make matters worse, the stigma surrounding mental health prevents many people who suffer silently from getting access to the proper care. With the advancement of technology, if we can help those in need, there is no reason why the solution should not reach those who need it. It will alleviate the suffering of millions and improve the quality of life.

The principles that guide him in his pursuits are old-fashioned hard work and rigour. “Being a lifelong learner is very important to me. I try to pick up new skills and keep myself updated on what’s happening worldwide. Failures are inevitable, but in them lies an opportunity to learn and grow. He further adds on his career path, “I have had the privilege of receiving education from the top global institutions, and I want to use my skills in an area where I can have the biggest social impact. I’ve been attracted to mission-driven organizations that want to create a positive impact. My work has allowed me to impact the lives of many underprivileged South African lives while I worked with the South African government. The work I did with BRAC helped millions of people living in developing countries across two continents who are among the poorest of the world.”

On his journey ahead, Hrithik says, “There are so many challenges that are facing humanity that need urgent intervention. Foremost among them is Climate Change, which is a real existential threat. I would love to work on solving society’s bigger and more complex problems.” With his diverse education, Hrithik is poised to take on these challenges.

Breaking myths since 2018, Exotic Wheels has made consumer satisfaction a priority with its sustainable business ideas

EnGame Launches the list of Top 3 Lawyers in India whose contribution is praiseworthy!